Michael Stuhlbarg and “The Night Of” star Sofia Black-D’Elia are joining Bryan Cranston in the Showtime limited series “Your Honor.”

The 10-episode series is described as a legal thriller that rips through all strata of New Orleans society. Cranston will star as a respected judge whose son is involved in a hit-and-run that leads to a high-stakes game of lies, deceit and impossible choices. Stuhlbarg will play Tommy, the much-feared head of a crime family, and Black-D’Elia will portray Frannie, the girlfriend of Cranston’s son Adam (Hunter Doohan).

The announcement was made by Showtime presidents of entertainment Gary Levine and Jana Winograde at the network’s Television Critics Association’s summer press tour.

Over the last few years, Stuhlbarg has appeared in a string of critically acclaimed features, among them “Call Me By Your Name,” “The Shape of Water,” and “Arrival.” TV-wise, Stuhlbarg’s credits include “Traitors,” “The Looming Tower,” “Fargo” and “Boardwalk Empire.”

Black-D’Elia is best known for starring opposite Riz Ahmed and John Turturro in the miniseries “The Night Of.” Her other series credits include “The Mick,” “Invisible,” “Skins” and “Gossip Girl.”

“Your Honor” is based on the Israeli series “Kvodo,” which was created by Ron Ninio and Shlomo Mashiach, produced by Ram Landes, airs on the country’s Yes TV and is produced by yesStudios.

Peter Moffat will serve as showrunner on “Your Honor” in addition to writing multiple episodes, including the first episode. Robert and Michelle King will also executive produce via their King Size Productions banner along with Liz Glotzer, Alon Aranya and Rob Golenberg of Scripted World, and James Degus. CBS Television Studios, where the Kings are under an overall deal, will produce. The series will go into production in New Orleans later this year.

When announcing the series’ order back in January, Levine described “Your Honor” as an “original thriller with gut-wrenching suspense, raw emotion and moral complexity.”

Casting News, News, Your Honor
by SofiaBDSource
No comments 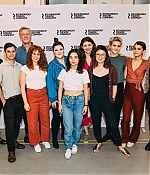 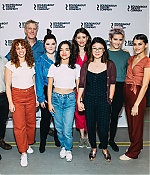 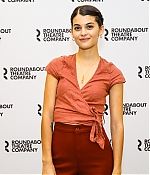 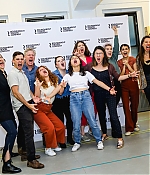 Usual Girls begins preview performances Off-Broadway on Thursday, October 11, 2018 and opens officially on Monday, November 5, 2018 at the Black Box Theatre in the Harold and Miriam Steinberg Center for Theatre (111 West 46th Street). This is a limited engagement through Sunday, December 9, 2018.

How do girls grow up? Quickly, painfully, wondrously. On an elementary school playground, a boy threatens to tell on the girls for swearing – unless one of them kisses him. But just before lips can touch, Kyeoung tackles the boy to the ground. The victory is short-lived. Over the coming years, Kyeoung’s stories get stranger, funnier, more harrowing – and more familiar. This hilarious, explicit gut-punch of a play bursts with playwright Ming Peiffer’s bold, explosive voice.

All tickets for Usual Girls are $25 General Admission tickets and are available by calling 212.719.1300, online at roundabouttheatre.org, in person at any Roundabout box office: American Airlines Theatre Box office (227 West 42nd Street); The Harold and Miriam Steinberg Center for Theatre (111 W 46th Street) and Studio 54 (254 West 54th Street). For groups of 10 or more please call 212-719-9393 x 365 or emailgroupsales@roundabouttheatre.org.

News, Theatre
by SofiaBDSource
No comments

Fox has picked up sophomore comedy “The Mick” for a full second season, Variety has confirmed.

The network has upped the show’s episode order this season to 20 episodes, three more than the series got for its freshman season earlier this year.

The series was created by John Chernin and Dave Chernin, who serve as showrunners. The Chernin brothers, Olson, Nicholas Frenkel, Oly Obst, and Scott Marder are executive producers.

The series has been a stable comedy performer for Fox. The Season 2 premiere in September drew a 0.9 rating in adults 18-49 and 2.7 million viewers. Season 1 averaged a 1.1 and 2.95 million viewers, though it should be noted that the series premiere aired immediately after NFL football, which drove those numbers up. For the show’s second season, Fox moved it from its 8:30 p.m. timeslot on Tuesdays to 9 p.m. as part of a one-hour comedy block alongside “Brooklyn Nine-Nine.”

“Jimmy Kimmel Live” airs every weeknight at 11:35 p.m. EST and features a diverse lineup of guests that includes celebrities, athletes, musical acts, comedians and human-interest subjects, along with comedy bits and a house band.

Following are the episodes scheduled to air the week of March 13–17 (subject to change):
[…]